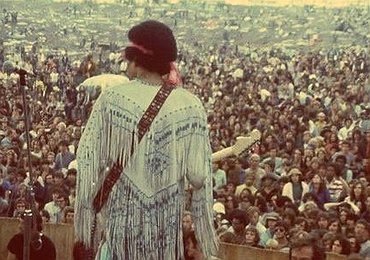 On 1969, few time before the planned opening of Woodstock, the music festival had rough days having to find a new location for the event. An unexpected farmer called Max Yasgur, who did not care about rock and roll, saved the day by offering his dairy farm as location. On top of that, the farm would already come with the first 650 attendees for the music festival, Yasgur’s Guernseys cows, which on the contrary to him, they did enjoy the music. What came later was a historical concert with great rock and roll names playing songs to the 400.000 people crowd.

This year Central Bankers’ Ratestock had a similar start. The first two days of the week were blues, with worries coming from the Chinese Real Estate sector. However, the blues quick became rock and roll with the intense line-up! Wednesday 22 the Bank of Japan, the FED and the Brazilian Central Bank started the show with their rate decisions; needless to say the FED was the one with the biggest noise! Thursday 23, we had in the stage the rate decisions of the Turkish Central Bank, the Swiss central Bank, the Bank of England and the Norwegian Central Bank. Friday to close the festival, speeches by Tenreyro (BoE), the FED’s Governor Boman, Vice Chair Clarida and Chair Jay Powell.

As Jimi Hendrix was, Mr. Jay Powell and the FED were the star of the week. The taper is on track to be announced in November and to be completed by mid-year, and as the chorus by Mr. Powell says “tappering is not tightening folks”. The FED also played their updated 2012 classic, the dot plot! The rates at the end of the forecast horizon are still accomodative at 1.75%, decently below the long-run funds rate of 2.5%.

The markets had a positive review of the event, starting to turn green the fixed income and stock markets post FED’s show Wednesday!