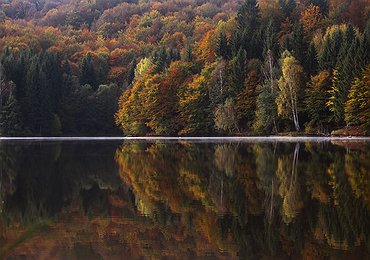 Despite some geo-politic events and ECB policy decisions that could create volatility in the market from now to the end of the year, the situation remains benign for the credit market and especially for European High Yield bonds, providing good carry in the context of moderate growth, low default rates and no major systemic risks expected along the way.

A number of events could bring volatility to global financial markets during the last quarter of the year; namely North Korea’s ongoing nuclear weapons’ tests, Trump having to convince markets about the ability to implement the promised reforms, the US economy dealing with substantial reparation costs following Hurricane Harvey and Irma.

In the European context, the main source of risk remains the unveiling of the forward guidance by the ECB with reference to the path and timing of the QE. Following the last ECB conference, Draghi announced that interest rates will remain unchanged and the bulk of decisions regarding the future of QE will be taken in October.

Overall the Eurozone economy appears stable, with stronger fundamentals in comparison to previous years: declining unemployment rates, slowly increasing inflation rates and a projected growth of 2.2% in GDP in 2017, over-performing US and UK and pointing to the best average annual growth rate in the last 10 years. Nevertheless, the EU economy is moderately growing, but it is not booming, therefore the core rate of inflation is still relatively low in comparison to ECB target.

The recent appreciation of the Euro has been regarded by Draghi as “a source of uncertainty” which will therefore be attentively controlled. The major issue with the Euro appreciation is the effect on inflation, which could be significantly slowed down due to more expensive exports and cheaper imports. However, some analysts suggest that Europe could remain competitive also with a stronger Euro because recent growth has been led more by consumption than exports and because strengthening of the Euro against the dollar has started from a very low point and by now is still below the average level.

At a first glance, in such macroeconomic environment it is unlikely that there will be a significant effect on the corporate bond market, historically more stable and less vulnerable to exogenous political shocks than the stock and the government bond markets.

The current period of a stable, subdued growth in Europe, is optimal for the High Yield market as it means that firms enjoy higher earnings, but there is not exaggerated growth that could lead to a more opportunistic behavior, namely unrestrained M&A activity, an accumulation of debt and deterioration of fundamentals.

The European high yield market continued to grow during the current year, as the improved economic environment and prolonged low rates created a supportive background. The first days of September have also seen a big issuance of High Yield bonds, with seven bonds amounting to €3.1 billion and high yield volumes expected to continue the current trend and to surpass last year’s issuance by year end. This increased supply has been positively considered by investors, who are not pricing-in any significant spread widening.

Although the change in interest rates is not expected any time soon, “tapering”, in the form of a reduction of the monthly purchases by the ECB will eventually begin and directly have some consequences on the market.

We don’t expect any abrupt spike in volatility linked to the tapering as the ECB is expected to continue its effort not to surprise markets and Draghi repeatedly affirmed that interest rates will rise “well past the QE”, that is, after the end of the QE. Nevertheless, Euro High Yield bonds are expected to absorb this shock more smoothly than Investment Grade, or Government bonds, thanks to higher coupons. The latter is a well-known concept among investors, who are moving from long duration to short duration, confirming Euro High Yield the best carry trade and one of the preferred allocations within the credit market if compared to Investment Grade or US High Yield.

By now the ECB has stuck to its forward guidance preserving its credibility among investors, therefore any reduction in monetary stimulus is expected to be slow and predictable. With a smooth transition into a tapering scenario, higher coupon offered by high yield bonds could provide a comfortable cushion absorbing losses and protecting returns. The last quarter of 2017 and 2018 are expected to be characterized more by idiosyncratic risk than by systemic risk. That said, given the current positioning of the Euro HY asset class in the credit cycle, characterized by good fundamentals and low default rates, in addition to corporates having maintained a healthy level of indebtedness and a disciplined European investor base preventing opportunistic behaviors coming from issuers, we believe that the Euro HY asset class still represents a sweet spot, providing a good risk/reward balance.