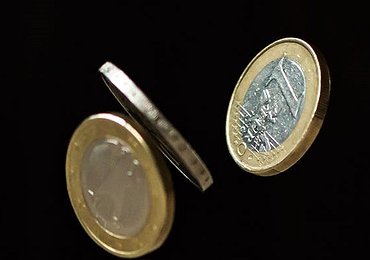 Over the past few weeks there has been a change in ECB tone, which has accelerated the discussions on the restriction of monetary stimulus to the European economy. However, the market has reacted to a much smaller and more orderly level than what had happened in the past when similar events occurred. In May 2013, for example, in the United States, the announcement of the end of the QE by the then FED Chairman Bernanke had triggered a sell-off in the bond market (so called taper tantrum). Following the words of Draghi, we assisted to a not particularly abrupt repricing, which by the way is already undergoing a re-absorption, which mainly affected the Govies and, to a lesser extent, the Investment Grade and High Yield.

The change of investors’ attitude if compared to similar situations in the past is not accidental, but is mainly due to the fact that the prospect of a reduction of monetary stimulus (which in any case is expected by the end of the year or the beginning of 2018) comes at a time when growth in Europe is stronger, inflation is moderately increasing and companies have maintained acceptable levels of debt. This is a very different context from 2013, when the global economy was still unstable and the markets were caught by surprise. Tapering is therefore expected, and if on the one hand this could justify a widening in spreads (even considering current levels at historical minimums), it is also true that it will be a slow and gradual tapering in the context of a growing economy, Which could, on the contrary, lead to further spreads tightening.

As a matter of facts, investors continued to show a strong risk appetite, and in recent weeks High Yield bond issues have increased. This risk appetite is not only a result of a search for yield, but also, as noted above, the result of a resuming economy and the search for securities that can further mitigate the impact of future interest rate increases, thanks to higher coupons and shorter maturities than, for example, Investment Grade. Also, it is worth noting that in the past, an increase in government yields paved the way for an over-performance of the most risky segment of the bond market in the following months.

If an increase in bond yields therefore appears to be reasonably certain, it is good to keep in mind that, on the one hand, the stimulus reduction and the rise in rates will follow a very gradual path; on the other hand, the higher coupons of the High Yield bonds, in a context of low default rates, are able to absorb any rate shock faster, as has actually happened in the past. By way of example, it's worth remembering what happened in 2013 following Bernanke's words. As can be seen from the chart below, in that context, the US High Yield US asset class recovered losses in 5 months against the US government's 9 months and the 12 months of the US Investment Grade. Furthermore, after a year, the US HY total return (of around 6%) was over twice that of the Investment Grade and 6 times higher than that of Govies.