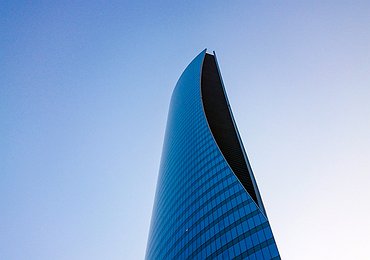 FRENCH ELECTIONS. The results of the first round of the French election made a sigh of relief to the markets, with Macron in the lead that will challenge Le Pen on May 7 for the second round. The 2016 election surprises in the US and the UK call for cautious concerns about an assured victory of the more moderate Macron, which could be threatened by low turnout. Macron is in any case the favorite in polls.

TRUMP FISCAL POLICY. Trump's tax reform could be based, inter alia, on a reduction in corporate income tax from 35% to 15%, in the facilitation of the repatriation of multinationals’ liquidity held abroad at a one-off cut-rate tax of 10%, in the cancellation of the succession tax and in a tax exemption for families with annual income below $ 24,000. It would be the biggest tax cut in US history, yet the news did not surprise or thrill the markets as, in addition to the unsure approval by the Congress, the new proposal could increase the deficit and raise interest rates of the US debt.

MEANWHILE THE ECB… At this afternoon conference Draghi noted that a "substantial degree of monetary accommodation" remains appropriate and that the European Union's "downside risk" has significantly decreased. Both points were positively interpreted for the corporate bond market. On the other hand, according to a recent Bloomberg survey, the market consensus is that in September the ECB could announce an extension of QE beyond 2017, bringing the 60 billion purchase program to zero in the first six months of 2018 and increasing the deposit rate in the third quarter of 2018.

EUROPEAN HY PRIMARY MARKET. The Easter break did not weaken the European primary market. Seven HY bonds were issued last week for a total of € 1.8 billion, bringing the volume of new issues from the beginning of the year to € 30 billion from 77 transactions, against € 10 billion from 21 transactions in the same period last year. New emissions are showing good performance with significant appreciation as soon as they are allocated.