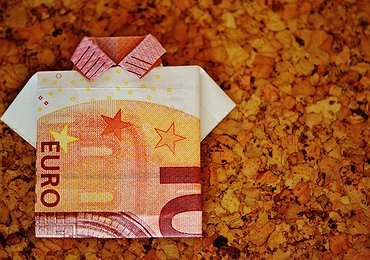 The ECB extended the QE beyond 2017: the Central Bank will continue to purchase until September 2018, reducing the monthly amount to € 30 billion. Draghi also reiterated that the guidance on rates has not changed and that they will remain at current levels far beyond the end of asset purchase, and also confirmed the commitment to intervene both in terms of amount and duration of quantitative easing if needed. During the conference, it was not clear what the composition of the purchases would be; however, Draghi pointed out that the ECB will continue to buy substantial amounts of corporate bonds, which some analysts estimate in the range of € 4.5-5 billion (from € 6.5-7 billion).

AND THERE’S MORE TO COME...

We know for sure that in 2018 the ECB will again play an important role in the markets, contributing € 270 billion in net purchases. But it does not end there; an increasingly important issue appears to be maturing or prepaid bonds’ proceeds that the Central Bank will have to reinvest within two months. According to analysts' first estimates, the total amount of resources to be re-used would amount to around € 15-20 billion, which adding up to the € 30 billion would make a total of € 45-50 billion in purchases each month, thus making the tapering very small.

The announcement, which appears consistent with the interpretation of interest rates rising not before 2019, was mostly in line with analysts' forecasts. Over the course of the business day, however, the news has pouredits positive effects on Euro, equity and credit, probably because the markets feared a more "hawkish" ECB.

The behavior of the ECB suggests that the tapering will be gradual and we should not see abrupt market normalizations; Moreover, the renewed push for growth in the Eurozone appears to be positive for the fundamentals of European issuers and the HY market in general, which continues to show a situation of improving credit quality. In particular, it is worth highlighting: (i) the increase in the percentage of senior secured issuance, (ii) the reduction of the subordinated debt in capital structures of LBO operations, (iii) steady decline in default rates (expected to be below 2% end of the year). All this continues to outline a favorable period for the Euro High Yield asset class.